Nederland’s Elephant Revival to headline at Red Rocks joined by Josh Ritter, Rising Applachia and ‘The Human Experience’ on Sunday 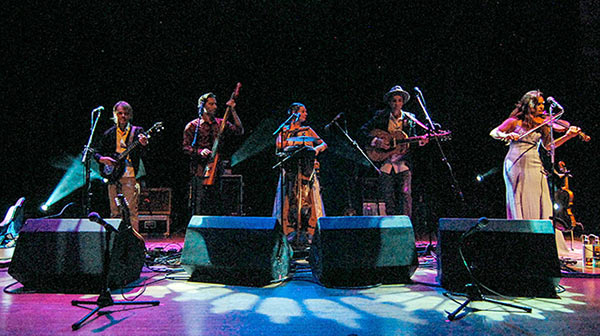 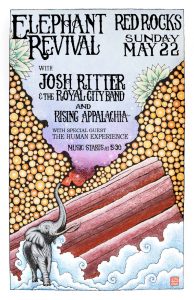 This Sunday, Elephant Revival will return to Red Rocks Amphitheater for an early show. Arguably one of the most famous bands out of Nederland, Colorado, Elephant Revival’s style of acoustic progressive, indie, Americana music delights audiences from coast to coast. In its tenth 10th and fresh off of their sixth album release, named “Petals,” the band has found success in the festival circuit that they have embraced since their inception.

The quintet is formed by members Bonnie Paine, Bridget Law, Charlie Rose, Dango Rose and Daniel Rodriguez and say their mission is “to close the gap of separation between us through the eternal revelry of song and dance.”

From the band’s website: “Elephant Revival has toured extensively since their inception, garnering a large and loyal fanbase. The band headlines major venues and has performed at over 30 festivals each year, including Newport Folk Fest, Bumbershoot, Telluride Bluegrass, High Sierra, All Good and many more. On May 22, Elephant Revival will headline the legendary Red Rocks Amphitheater, in their home state of Colorado, for the first time.” 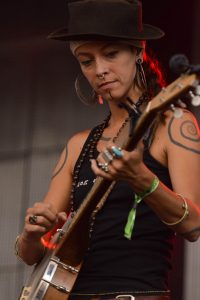 Rising Appalachia, also with six albums to their credit, is formed by sisters Leah and Chloe Smith from Atlanta, Georgia, and joined by their band, including members Biko Casini and David Brown. Rising Appalachia “is a melting pot of folk music simplicity, textured songwriting, and those bloodline harmonies that only siblings can pull off,” says their website. After spending time in the Appalachia mountains and then moving to New Orleans, the sisters honed their harmonies and musical stylings into an entertaining, captivating performance.

Kicking off the show on Sunday, and performing between sets, are the unique offerings of The Human Experience with David Block. This musical experience encourages participants to “sing, dance, play, don’t take life too seriously and to create, collaborate, share and learn,” says the band’s Facebook page.

Sunday is an early show. Gates open at 4:30 p.m. and everything will be rapped up by 10 p.m., according to the Facebook event page. Billed as a family-friendly event, with many opportunities to enjoy the surroundings that is the Red Rocks Amphitheater, this is an event not to miss.

The Human Experience with David Block.