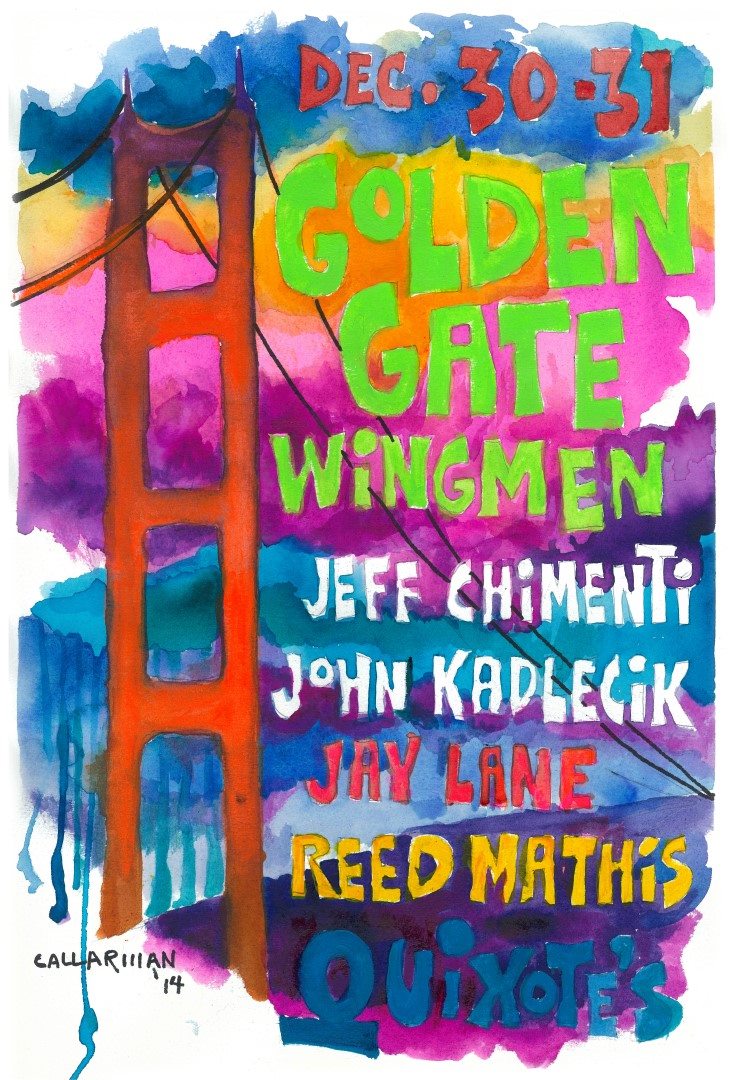 By Alan Crandall, previously published at the dailycamera.com

If there is ever a time to want to be in many locations at one time it is New Year’s Eve. Forget the dropping of the ball in New York City or the wonderful fireworks in Sydney; we have more than enough fun set for the Denver, Boulder area.

The celebrations kick of tonight at Broomfield’s 1st Bank Center with three nights of Colorado’s own String Cheese Incident.

Starting on Tuesday, Dec. 30th, you have the additional options of the Chris Robinson Brotherhood at Cervantes Masterpiece Ballroom in Denver. Also kicking off tomorrow eve is a very special, first time ever, Denver performance for the newly formed Golden Gate Wingmen at Quixotes True Blue in Denver. The Golden Gate Wingmen consist of former Furthur members John Kadlecik and Jeff Chimenti and joining them on stage are Jay Lane and Reed Mathis. According to Live Music and Reviews, “the GGW formed from musicians available on the first night of a recent John K Solo show at Terrapin Crossroads. “John Kadlecik (Furthur, Phil Lesh and Friends, Dark Star Orchestra, and more) on lead guitar and vocals, Jeff Chimenti (Furthur, Ratdog and more) on keyboards, Jay Lane (an original Furthur member, Primus, Ratdog) on drums and Reed Mathis on bass (Jacob Fred’s Jazz Odyssey and most recently Tea Leaf Green.).”

And if that weren’t enough to get your booty shaking, New Year’s Eve will find Boulder’s West Water Outlaws headlining the Fox Theatre in Boulder. From the bands website: “West Water Outlaws “Paranoid” New Years Eve at the Fox Theatre will feature 1 original set of material + the ENTIRE ALBUM of Black Sabbath’s “Paranoid”. The Yawpers and In the Whale join the NYE show as special guests for the evening.”

Also, right down the street at the Boulder Theater, Yonder Mountain String Band starts their 4 night run with many special guest and shows well into the new year.

So whatever your choice, get out and have some fun but drive safe and slow due to the weather conditions and all of the other music fans that will be out on the road. See you at the show!

Here are some recent videos from several of the band’s visit to the Second Story Garage studio at the Daily Camera. Enjoy.