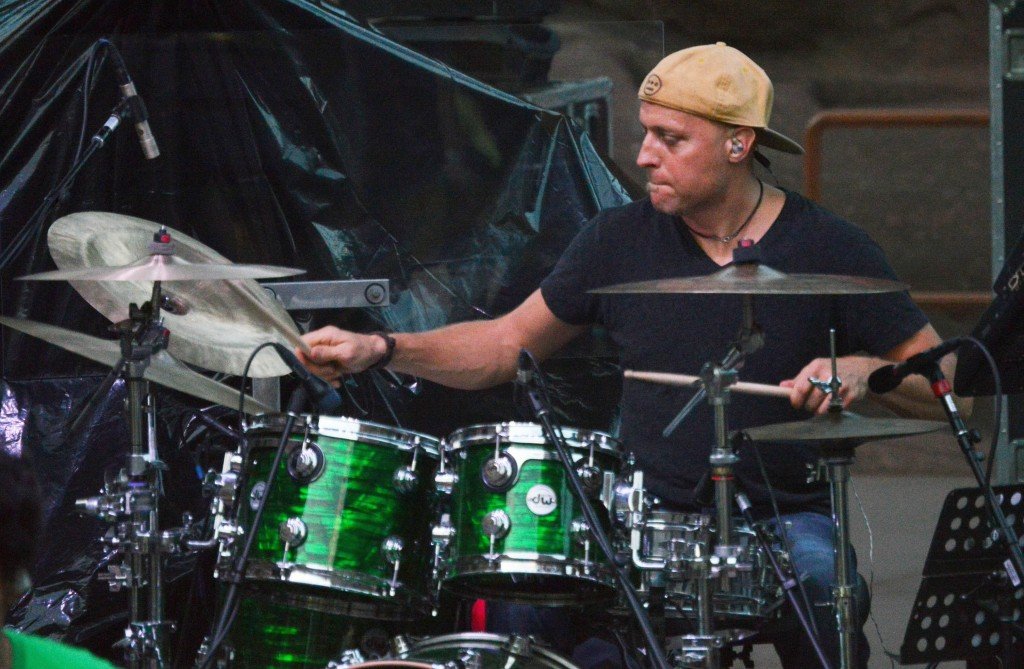 By Alan Crandall Previously published at the ColoradoDaily.com

The Motet has long been one of Colorado’s favorite funk bands. In the early years, The Motet grew out of a fluid group of musicians, always centered on the band’s leader, drummer Dave Watts. With the release of their self-titled seventh album and a recent return to Red Rocks Amphitheatre, The Motet is riding a wave of success after years of touring and experimentation. The band is pushing heavy rhythmic dance music to a new level, incorporating afrobeat, disco, electronica and soul into funky arrangements that inspire audience members to dance.

“As a seven-piece, we made a decision about a year ago that this is going to be the lineup that we’re going to stick with,” Watts said in a recent interview.

Watts explained the new path for The Motet as “sort of a new paradigm that we’ve stepped into, basing our sound off of the funk influences that we’ve had over the last 12 or 13 years … Probably the coolest part of (“The Motet” album) is that we wrote it as a band — 100 percent co-written as a group, which is pretty cool.”